Janet Carlson’s numerous talents have blessed my family for many, many years.  Her encouragement began long before I considered being involved in politics.  Her daughter Erica was my daughter’s choir teacher at Crossler Middle School.  Her family influenced my daughter’s musical talent through her high school years at Sprague.  Many people are unaware of Janet’s own musical abilities and that she has recorded wonderful CDs.

In 2005 Janet was one of three commissioners who appointed me to House District 19, where I served for 9 and 1/2 years.  She has been a champion of giving people a second chance and has encouraged me to do the same.  I personally thank Janet for her guidance over many years.  She has made a difference in our community helping one individual at a time.  Please join me in congratulating her and attending her well-deserved retirement party: 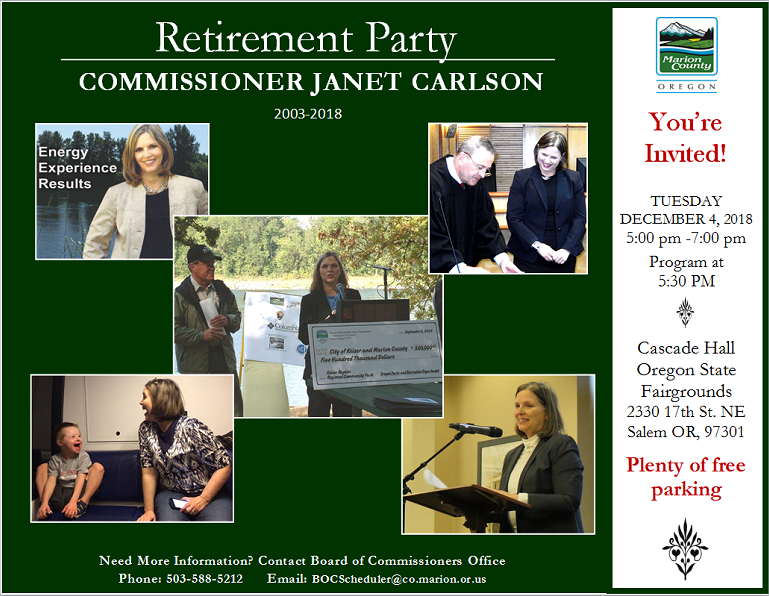 Hoping to see you there,