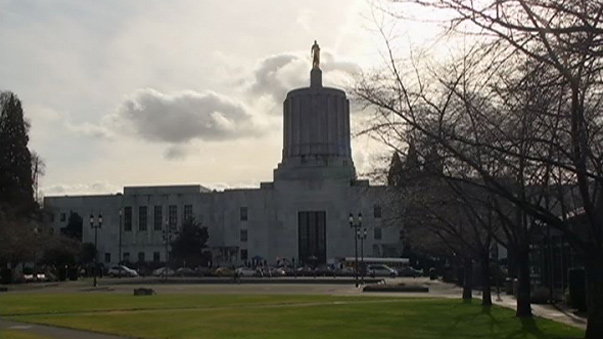 
SALEM, Ore. — The Oregon Legislature was back at work Wednesday for the first time since voters approved annual sessions.

Lawmakers say having a legislative session every year has many benefits.

Legally, they have only 35 days to get the job done. Lawmakers say they believe they can do it, with some conditions.

“As long as we don’t get caught up in a lot of other auxiliary, controversial, minor pieces of legislation,” Monroe said.

Among the issues: balancing the projected $300 million budget shortfall.

“People don’t want their pet programs to get cut, and something has to be cut, so if the economy goes down further, then those cuts will be probably the most difficult thing we have to do,” Monroe said.

Also on the table are health care reform and job creation.

“Some think that government is the one to create those jobs, I think and others in this building think it’s the private sector that needs to create those jobs for having a good, strong, stable economy for Oregon,” said Rep. Kevin Cameron, (R-Salem).

Governor John Kitzhaber took part in the start of the session, testifying in front of the senate education committee on behalf on Senate Bill 1581.

“To learn from what’s working best in our schools and disseminate best practices throughout our educational system, to accelerate our commitment to student success for all students by closing the achievement gap,” said Gov. John Kitzhaber.

The bill would also create a chief education officer to oversee all public education.

“But before then we need to give that position the authority to bring all the functions of education together, and to align them, to free up resources for students, teaching and learning in our institutions,” Gov. Kitzhaber said.

Lawmakers don’t have much time in this session, leaders have set an adjournment target of February 29.