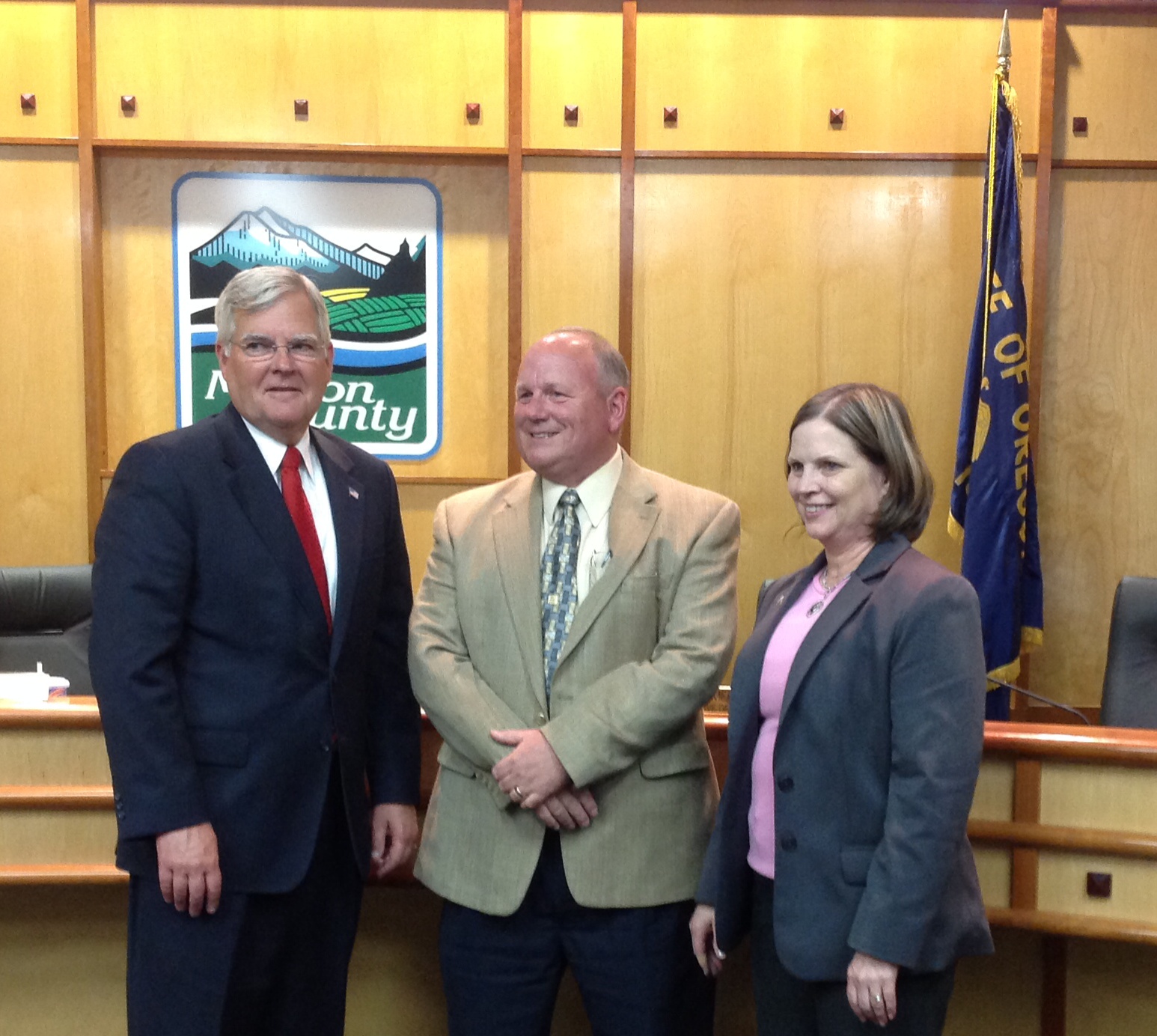 Election results were still hours away when Commissioners Carlson and Brentano unanimous appointed me to the fill the position left by Patti Milne on the Board of Commissioners. I am humbled and honored to be chosen by the Commissioners to fill this vital role in our county. My gratitude is extended to the many friends, civic leaders and business people who supported me through this process. I am thankful for each and every prayer, letter, email or call of recommendation to the Commissioner’s office. I hope to bring additional leadership to County governance and be an asset in helping to grow the local economy. I will be formally sworn into office on Monday June 2.

I was one of four potential appointees, and as the Statesman Journal noted in their editorial earlier in the day:
“…Cameron stood out. No other nominee matches his resume of civic involvement, which also is reflected in Corban University’s awarding him an honorary doctorate in 2011. As a legislator, he demonstrated the ability to work with the two current commissioners but also the ability to work well with people of various backgrounds and political persuasions. It is to the taxpayer’s advantage. Cameron has nine year’s experience as a legislator, giving him an understanding of the complex relationship between counties and the state. Through his legislative work, he has developed relationships with many of the public officials, agencies and programs with whom a county commissioner interacts.”

As your Marion County Commissioner, I will continue to put the citizens first and do everything possible to support public safety and create an environment for businesses to operate and expand. Over the next several weeks I have meetings and infield tours scheduled with various departments within Marion County, as well as listening sessions with businesses throughout the region.

Working closely with the business community and civic leaders throughout Marion County will remain a priority. In today’s difficult budget climate I know how to make the tough choices that citizens expect of their leaders.